TOP5 of the most beautiful Polish women 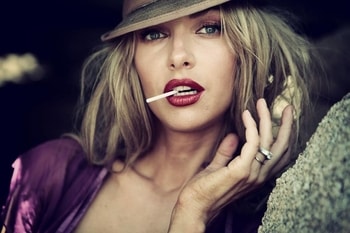 Lots of people know very well that Polish ladies are one of the most stunning females in the world. They are really gorgeous, kind, and charming. Polish ladies have beauty in their genes. They have always known how to become the center of everyone’s attention.

They have a unique ability to look stunning even in the simplest clothing. Girls in Poland are the embodiment of seduction and hotness. They have really beautiful bodies and slim figures. Men are literally crazy about them and their bodies and pretty faces.

We from Best-Matchmaking have come up with a list of 5 most beautiful women in the Polish history. Have you ever seen one of them in the movie or on the cover of a fashion magazine? Anyways, it will be interesting for you to learn some facts from their biography and their achievements. You might have never seen such a beauty, so make yourself comfortable and enjoy our list! 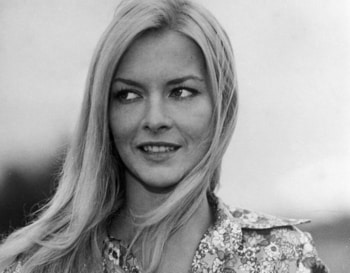 Barbara Brylska is a Polish actress who was featured in many movies throughout the Warsaw Pact countries. One of her most famous roles is the role of Nadya in the 1975 Soviet comedy the Irony of Fate.

This beautiful Polish star was born in 1941, on the 5th of June in Skotniki, Poland. Her first cast experience was at the age of 15 when she was cast in the Kalosze szczęścia movie. This role became a jump-start for her career of an actress.

Barbara took acting lesson in a theater school and became the National Film School student. Her acting education was completed in the Warsaw School of Theatre, Film, and Television in 1967.

Her first major role became the role in the Ich dzień powszedni (1963) movie. Her role in that film was the Phoenician priestess Kama in the feature Pharaoh movie. The movie was based on the novel by Boleslaw Prus.

However, Barbara wasn’t limited to Polish films only. She played various roles in the movies of the Soviet, Bulgarian, and Czechoslovak directors.

One of her most famous roles in the Irony of Fate movie by famous Russian director Edgar Ryazanov, the role of Nadya in 1995, brought her the Soviet state award. However, this award created some controversy in her home country. Despite that, she became a really popular actress in the Soviet Union. Polish film community was really jealousy and ignored her work.

Barbara’s success in Russian filmmaking was really huge. In 1977 she became a member of the 10th Moscow International Film Festival jury. Her new very famous role became the role of the same Nadya in the new movie Irony of Fate: The Sequel filmed in 2007.

Barbara Brylska is well-known for her classic beauty, noblesse, and intelligence. This amazing Polish woman has been married several times and had a daughter whose name was Barbara, too, and a son, Ludwig. Her daughter was a model in Paris. Unfortunately, she died at the age of 20 in a car accident. After that, Barbara Brylska suffered from depression but still continued her acting career.

Now, Barbara is spending time in Warsaw and in her cottage house near Warsaw. She is a regular visitor of St. Petersburg and Moscow. 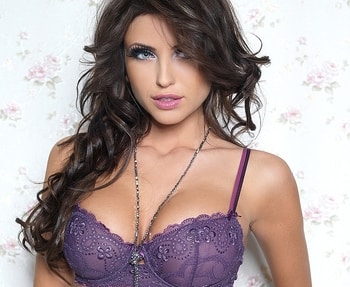 Monika Pietrasinska is one of the hottest Polish models. She was born in Warsaw in December 1987. As she wrote on her personal website, she is an outgoing caring, loving, and understanding person.

In Europe, people know her as Monika Pietrasinska, she is a famous actress and model. Monika grew up in a wealthy family. She says that she has always differed from other girls when she was young. Lots of people were jealous of this incredibly beautiful girl. She attracted everyone and conquered everyone’s heart with her natural charm.

Monika has two names, however, she prefers people to call her Banyka. Monika’s parents are famous, too. Her mother is a fashion designer, model, dance teacher, and actress. She has several roles in romantic movies. Monika’s father is also a well-known actor, politician, and the owner of several banks, apartments, and hotels worldwide. This man is one of the richest men in the world.

Do you find dating apps to be a waist of time? Check out more information about how matchmaking can change your life.

At the age of 9, Monika starred in her first movies called Rivers in the Mountains. She played little Princess Barbara Monroo. Monika chose the career of a model. She often appeared in campaigns for teens in designer clothes. Later, the world saw her pictures in such French magazines, as Elle and Maxim.

Monika won several Miss Universe competitions. She is a Playboy Poland star. By the way, a famous Hollywood actress Keira Christina Knightley is her cousin.

Banyka Dipell is a celebrity who helps sick and poor children. She loves children, as she confessed in one of her interviews.

Find more in our dating guides: 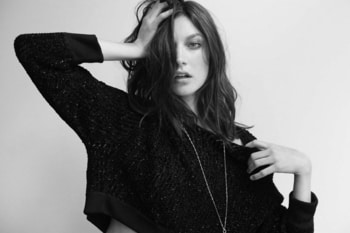 Jacquelyn Jablonski is an American model with Polish genes. She was born in New Jersey in 1993.

This beautiful lady grew up in New Jersey and graduated from Rumson-Fair Haven High School in 2008. When being at school, she worked at the café. Jacquelyn’s mother took her to various agencies in NYC and Ford Models offered her a contract at once. This happened when she was 15. In 2007, this beautiful Polish lady walked her first fashion show in New York for Brian Reyes. In some time, Jacquelyn participated at Ford’s Supermodel of the World and took the second place.

A beautiful Polish girl decided to focus on her school in 2009 and skipped both fashion weeks. However, she still kept walking the Emanuel Ungaro pre-fall show.

During the Spring/Summer 2010 season, Jablonski walked 58 shows. It was her breakthrough in the industry of fashion. She became the most booked model during New York Fashion Week and participated in 31 shows in 2010, including Prada, YSL, Chanel, Valentino, Balenciaga, and Victoria’s Secret Fashion Show.

Her first major ad campaign took place in 2009 and it was for Calvin Klein. She is one of the favorite models of Tommy Hilfiger, Hermes, Max Mara, Givenchy, GAP, Celine, H&M, Emporio Armani, Burberry, YSL, Carolina Herrera, and many other brands.

Do you find dating apps to be a waist of time? Check out more information about how matchmaking can change your life.

She also appeared on the covers of Vogue and in editorials for Spanish and American Harper’s Bazaar, Pop Magazine, Another Magazine, Numero, and others.

She was also ranked as #31 at Models.com in 2012. Jablonski together with her Victoria’s Secret fellows guest starred on "Ha'awe Make Loa" episode of CBS' Hawaii Five-0 the same year.

This beautiful young lady is a great example of Polish beauty, natural charm, and working capacity. 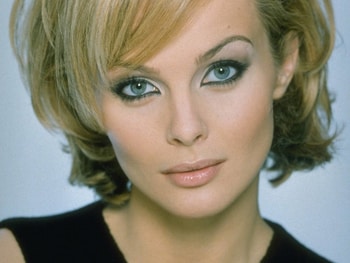 Izabella Scorupco is a very beautiful Polish-Swedish actress, model, and singer. She is one of the Bond’s girls, Natalya Simonova in the GoldenEye film about James Bond in 1995.

This amazing beautiful lady was born in Poland in 1970. Her parents separated when she was one year old. Izabella remained with her mother. Already in 1978, they moved to Sweden. There she learned Swedish, French, and English.

Izabella started to work as a model and traveled throughout Europe in the late 1980’s. At that time, she appeared on the cover of Vogue.

Staffan Hildebrand discovered her in 1987 and suggested the role in the Nobody can love like us movie. Izabella had a brief but very successful career of a pop singer. She released the album named IZ. This album was certified gold in Sweden 1991.

Scorupco married a Polish ice hockey Mariusz Czerkawski in 1996. They had a daughter Julia but divorced in 1998.

Already in 2003, Scorupco married an American man Jeffrey Raymond and they have a son Jacob. However, this marriage didn’t last forever, too, and ended up in 2015. Now, Izabella lives in Los Angeles.

This tender and beautiful Polish woman tried herself in a comedy genre. She played the lead role in a Swedish romantic comedy called Micke & Veronica in 2014.

This Swedish woman of Polish descent is one of the most beautiful women in the world. 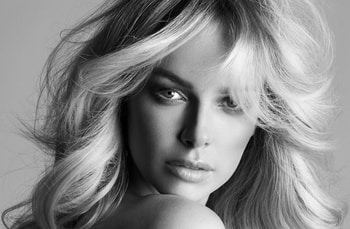 Magdalena Mielcarz is a Polish actress, model, and singer. This amazing lady is a real lady because she is an example not only of a beautiful celebrity but of a really intelligent and educated woman. Magdalena has a Master’s degree in Journalism and Political Science from the University of Warsaw. Also, she graduated from Maggie Flanigan Drama Studio in New York.

As lots of celebrities, this stunning Polish lady currently lives in Los Angeles, California. She appeared in multiple covers of fashion magazines, such as ELLE, InStyle, Cosmopolitan, Glamour, etc.

A Polish star worked with such designers as Missoni and Valentino. She is also very famous as the first Polish woman who managed to signed contract with the brand L’Oreal.

Magdalena started her acting career with her leading role in the Polish blockbuster called “Qvo Vadis” by Jerzy Kawalerowicz, an Oscar nominee. After that, she starred in multiple European movies, such as "Le Prix du Desire", "Fanfan La Tulipe" and "Taras Bulba".

She is a special host of a Polish franchise of the international TV hit –The Voice-The Voice of Poland. Later in 2012, Magdalena started her music career. She is a co-writer of music together with other artists, such as David Liang and Doran Danoff. Popular radio stations have played her biggest hit called “Drown in Me”.

Now, Magdalena works on her own music material in Los Angeles. She lives here with her husband and two wonderful daughters.

These Polish ladies are a great example of how beautiful, hard-working, and goal-oriented girls from Poland can be. They inspire people from all over the globe with their beauty and sexuality!

Want to start meeting the right kind of women right now? Let Best-Matchmaking's Team of Professional Matchmakers help you! Best-Matchmaking  removes all the hassles of modern dating, so you can just focus on finally meeting women who meets your criteria of choice.

Best-Matchmaking  removes all the hassles of modern dating, so you can just focus on finally meeting women who meets your criteria of choice. Find out how it works here...

Now, over to you....Was current post useful?  Feel free to share your opinion on the subject I have described above and kindly leave your comment bellow.