What is the average salary in Ukraine? 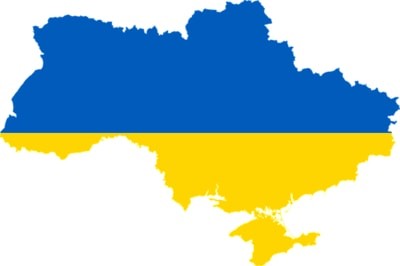 When you search for a lady from another country, it would be good to know at least something about her culture, history of her country, some customs and traditions. Learning about the living standards in her country would be helpful, too.

Keeping with the theme of Ukraine and women from this country, we would love to discuss the living conditions and the salaries in Ukraine. Very often, you ask women about how much they earn.

First of all, this question is not very appropriate, while in Ukraine, it is impolite to ask such questions, as well as how old the woman is. So we decided to take the lead and tell you all the truth about the salaries and living in Ukraine before you ask this inconvenient question one of our Ukrainian women.

Ready to find out the truth? Then make yourself comfortable and keep reading till the very end! It is going to be interesting…or shocking, who knows :) 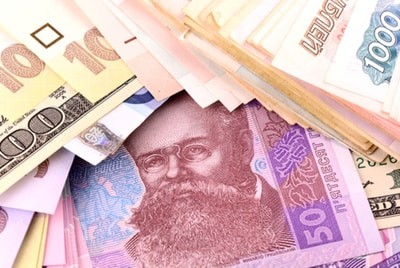 400 USD per month – when western guys hear that number they are simply shocked. In fact, this number is just an average salary in Ukraine as for April 2019. Is that too little?

Then we offer you to consider the minimum Ukrainian wage. The government established it as 4 173 UAH or 159 USD. Yes, lots of people in the country earn exactly 159 USD per month.

So you know now that a minimum wage in Ukraine is approximately 0,10$ per hour.

However, the average salary in Ukraine is not all yet; there is something more to the quality of life in the country! Now we are going to tell you what you should expect when coming to Ukraine as a foreigner and how people actually live there.

The poverty line VS the average salary in Ukraine

The international poverty line in Ukraine was updated by the World Bank to 1.90 USD per day in October 2015. The poverty line was changed according to inflation. But it is obvious that Ukrainian people live above that number. There is no extreme poverty in Ukraine despite very high prices and low salaries. There is no starvation as well.

Some experts state that life in Ukraine is above the poverty line. But if you have ever been to a Ukrainian dinner in one of the local houses, you could notice that the table is full of food and the dinner is very “rich”. At least, you will surely not be hungry. Ukrainians always eat a lot and welcome their guests with amazing dinners. The hospitality in Ukraine is at the top level.

Check a FREE gallery of the most beautiful Ukrainian Brides! 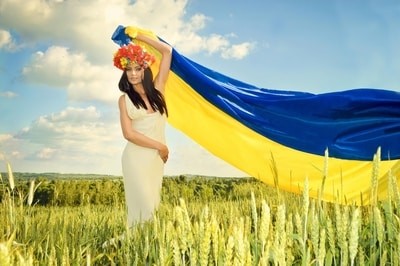 Taking into account the rate of wages in Ukraine, we can assume an average Ukrainian lives on 10 dollars per day. In fact, it is extremely little to survive in Ukraine and almost impossible to live on that salary.

Sure, Ukraine may seem very cheap for lots of western guys, while the prices in the hotels and restaurants are less than in those in many western countries.

But life is still too expensive when compared to an average (not to mention a minimum) salary. But people in Ukraine usually have their own homes or apartments and they do not pay for rent. In villages people have some small (or even big) farms; they grow their own food and cattle. The cost of living in Ukrainian villages is drastically lower than that in the cities.

Of course, living in Kiev or another Ukrainian city on 12$ per day would be impossible. But it is pretty possible in villages while people do not spend money on food every day there. So how do people live in big cities?

Is the average Ukrainian salary not real?

It is impossible to live on minimal Ukrainian salary; however, it is still possible to live on the official average salary in Ukraine. But most people don’t do it. Very often, people in Ukraine simply hide their incomes. Why? Because very often, taxes are so high that their unofficial incomes may not cover them even.

If you don’t pay your employees their factual salaries, the government imposes very strict sanctions. And this is a real issue for smaller companies, while the taxes for each employee and his or her salaries are too high. They simply cannot afford to pay salaries to their employees officially. So lots of Ukrainians get so-called “envelope” salaries.  Intriguing? Let’s try to understand together what it means.

The average salary in Ukraine VS the “envelopes” 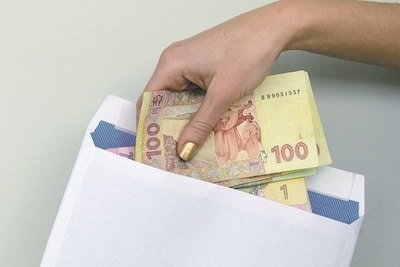 This sounds interesting and you probably are curious what it is at all. It is a “black” salary, so to say. The employers call them “bonuses”. How does it work? The salary under the contract is lower than it is in reality. So the employee gets, as a rule, minimal salary, according to his labor agreement.

But at the end of the month, the same employee gets his “bonuses”, which are a hell of a lot higher than their factual official salary. Usually, people get that salary under the table and the employer doesn’t have to pay taxes. But this way is illegal. The employers take risks of having strict sanctions and being severely punished for such an “activity”.

But when people get official bonuses, it is very tax-saving for the employer. The bonuses are tax-free. Moreover, if the employer cannot afford to pay the whole amount of the salary this way, he or she won’t be sanctioned, while they are just bonuses and are up to the employer. He is obliged to pay only the salary.

Some other ways to survive 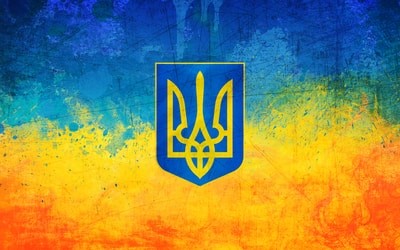 Some employees in Ukraine are not employees officially but they are registered as private entrepreneurs and simply conduct an agreement with their factual employer (the company). This gives the company some tax benefits. It means that the company doesn’t have to pay the taxes for hiring an employee. It is just in “collaboration” with another company.

All the situations described above do not count to the average salary statistics as you can understand. Very often (but not always), the real average salary in Ukraine is much higher than the numbers show. Large companies, as well as the small ones, are not interesting in paying salaries officially, while they will have to pay some insane taxes.

It’s a pity, while the salary in Ukraine will reflect later when the person is retired. It means that if someone was paid a minimal salary, he will get only a minimal pension, which is only 50 USD in 2019. Not much, right? But people have to survive and strive for a better life, so they agree with the terms of the employers.

It happens very often in modern Ukraine that Ukrainian women, as well as Russian women, are more educated and more hard-working than men. They often are single mothers and are left face-to-face with their problems. Slavic women have to feed their children and want to give them all the best. So they have no choice but to make a good career and earn well.

Nowadays, lots of women in Ukraine are very successful. They are great specialists in their fields and are amazing business-ladies. If you browse our gallery of Ukrainian, Russian, or Latvian brides, you will notice that most of them have great jobs and look amazing. It means that they can afford taking care of their appearance and look great every day.

So, it is natural that Ukrainian women want to meet successful foreign husbands. They want to feel weak and protected by a man. They are often tired of being strong and playing the male’s role in their lives.

Check a FREE gallery of the most beautiful Ukrainian Mail Order Brides!

Now you know how much Ukrainian people earn. Of course, in big cities, such as Kiev, Kharkov, Odessa, etc., official salaries are pretty high and can reach $2000. Yes, you didn’t misunderstand. Very often, the salaries in the big cities of Ukraine are almost as high as in Europe.

But what is most amazing – people have their own houses, apartments, and really expensive cars. Of course, not all. But those who run the businesses or work in big cities have cars that impress any foreigner. How can they afford all these things? This is a Ukrainian paradox! People here can find a way out of any situation. They struggle and reach their goals.

But what is really NOT expensive in Ukraine is finding a reliable dating and matchmaking service. The prices on Best-Matchmaking are rather lower than the cost of western matchmakers. And if you want to meet your Slavic bride, don’t hesitate to get in touch with Kate, a practical psychologist, matchmaker, and dating blogger. Her consultations are free and help you to start your Ukrainian dating adventure. She will definitely find a personal Ukrainian matchmaking plan for you. Get started today - register now!