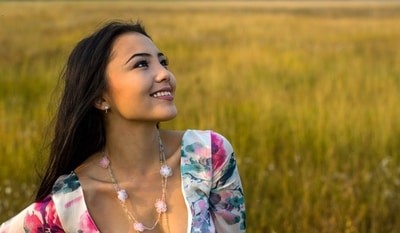 Yakutsk – the first thing you think of when hearing this name should be “where is it”? Yakutsk is the capital city of the Sakha Republic of Russia and the largest city in continuous permafrost. It is cold there most time of the year. So you probably wonder whether women in Yakutsk are as cold as their city.

We decided to make our research and find out everything we can about these mysterious ladies from one of the coldest places on Earth.

So today, you are going to learn some interesting facts from the life of Yakutsk women, learn whether they want to marry western guys and read the most common myths about them. Not all Russian women live in Moscow or Saint Petersburg (s. also our guide St Petersburg Women for Dating & Marriage), so get ready to learn more about the most eligible brides of the world!

Yakutsk women - who are they?

We will not be surprised if you have thought that Yakutiya is somewhere near China or Mongolia but surely not on the territory of Russia. The truth is lots of Russians think so as well, especially those living in the West-European part of the country. Let’s dispel that myth and realize that Yakutsk city is situated in the North-East of Russia, on the left bank of the largest river in the Eastern Siberia called Lena.

So women from Yakutsk are Russian women as well. And no, they don’t live in yurts and don’t ride the deer; they live in the biggest city and the capital of the Yakutiya Republic. Yakutsk women are considered to be very exotic by western men. They often resemble Asian girls but there is something more to mention.

As we mentioned already, people used to think women from Yakutsk and Yakutiya, in general, look more Asian-like. And there is some truth in that statement. However, you should know that the population of the city counts a bit more than 300,000 people, and 51.5% of them are women, and less than 50% are men. Their nationalities are very different.

141,000 are native Yakut people but there are also 113,000 of Russians and 3,9 thousands of Ukrainians in the city. So if you ever come to the city, you will notice less than 50% of ladies who look like Asians, the rest look like usual Russian and Ukrainian women. So if you want some exotics, yes, you can meet it here but don’t count on that much while traditional Russian women are waiting for you here as well.

What are the common character traits of Yakutsk women?

As you know already, Yakutsk is a multinational city. You will meet here native ladies, as well as lots of Russian, Ukrainian, and even Armenian girls. So we cannot throw everyone to the same barrel. If you want to know the traits of character, common for Russian ladies, you can learn about them in lots of our previous articles.

We have already talked a lot about Ukrainian girls, too, so you surely know they are very beautiful, fit, feminine, and family-oriented. We can say the same about Armenian women – they are very feminine and make perfect wives while are very obedient to their men. So here in Yakutsk, you will surely meet all the diversity and variety of characters and appearances.

Do women from Yakutsk search for western men?

Yes, of course, they do. And it is proved by official data which say that the population in Yakutsk, as well as in the entire republic, has declined due to emigration.

Not only men but also women and whole families leave the city to settle down in other places. And for that purpose, women from Yakutsk started to search for their western husbands.

Please don’t think they are gold diggers or use western guys just to move abroad. They get married not only western guys but Asian men as well. Lots of them connect their lives with Chinese guys while they are neighbors and these strong Siberian ladies became very popular in Asia in the past years. Here are some reasons why Yakutsk women search for western men:

They want to leave Siberia

This is one of the most common reasons for which these strong and tempered northern ladies want to find a man from abroad. You probably have watched lots of movies about Siberia and lots of rumors are related to that area. So you should know that life there is pretty expensive and tough.

Women here got used to severe colds most time of the year, however, they strive to try their luck and move to other places. Seeing the world is also their dream so meeting a man from another Russian city or another country is their chance to make this dream come true. There is nothing wrong when a lady wants to find a better life and thus, is in search of a foreign husband.

These reasons are very similar. But women in Yakutsk want not only to leave their area but also find some better education and career opportunities in life. There are not so many good jobs in Siberia and women don’t have many chances to have a great career in a bank, private clinics, sports, or any other field.

So, naturally, they want to find some more chances to get a good education and find a better job. Everyone wants to find his or her place in life and successful career often helps to do that. So if you decide to date a woman from Yakutsk, she will be only happy while it means in the future, she can change her life for the better.

Some myths and truth about Yakutsk women 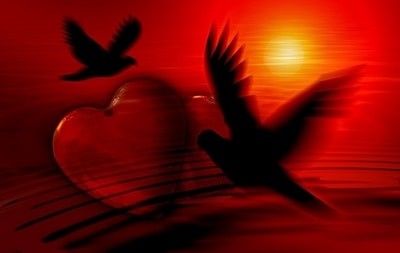 Lots of you can hardly understand what is Yakutsk and what are women in that city like. So there are lots of various thoughts about these ladies.

Some of you think they are Chinese women, others suppose they are from Mongolia. And only a few of you know they are simple Russian women living in Russia, too.

We from Best-Matchmaking have collected the most common myths about women from Yakutsk and want to share them with you. Some of them may be true, some not, who knows.

But let’s try to find out it together. Ready? Then make yourself comfortable and help us confirm or dispel the myths about Yakutsk women right now! 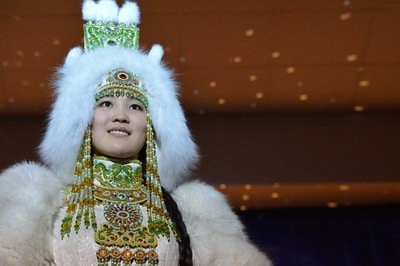 Well, maybe you could see it a long time ago, but today; Yakutsk is a capital of the whole Republic on Russian territory and a pretty big city. In other less civilized parts of the republic, it is still possible.

Women there really may live in yurts; they have deers or huskies and wear pretty interesting clothes. The reason is there is -50C there in winter and there are tons of snow, so they don’t need fancy cars or trendy clothes, they wear what helps them survive in such a frost.

But we don’t think it is comfortable to live in yurts in such a big city as Yakutsk. So here, you will see only big buildings, normal houses, and apartments. People here drive cars, go to work as well as you do. And no, women don’t wear national clothes in that city but a good fur coat would be helpful in such a severe winter.

This is partially true and very common belief. Native women in Yakutsk look very similar to Asian girls and have lots of Mongolian roots. There are two types of native Yakutsk women – women with dark skin, think face, very dark hair, and “deer” eyes; and very tall girls, with white skin and light brown hair. The first type looks very Asian-like and they are often confused with Koreans.

However, women of the second type are considered to be the most beautiful for native Yakuts. They almost don’t resemble Asian women. But let’s not forget that there are lots of Russian and Ukrainian women living in the city. So once coming to Yakutsk, you will meet lots of typical Eastern-European ladies here as well.

Check a FREE gallery of single Russian and Ukrainian girls!

Yakutsk women are someone not well-known to western guys. But believe us, they are worth dating them. Women in Siberia possess a very strong character. They say, they never get older but of course, it is not true.

The reason for people to say that is that they live in constant cold, so people joke women there are pickled. It is partially true while when people live in such a temperature, they do not grow older that fast. So if you choose one of Yakutsk women, you will surely get a bit exotic, devoted, and young wife.

If Yakutsk women are not your goal, you are welcome to browse our gallery of Ukrainian brides and Latvian women. We offer a Romantic tour at reasonable prices to meet her in person, and a special event to make your first date unforgettable. And if you want us to select a match for you individually, choose one of our matchmaking packages at reasonable prices!

Still have questions? Kate is here to reply to them for free and consult you on every membership plan that will help you meet your soulmate the soonest!

One response to “Yakutsk women for dating & marriage”