Top5 Most Beautiful Russian Women in the World 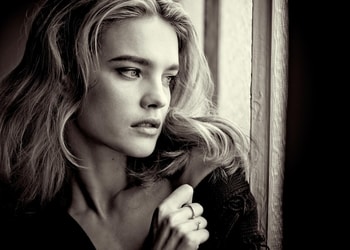 There are legends about their stunning beauty and strong will. Everyone knows that they are not only beautiful and strong, but also amazing wives, caring mothers, and devoted partners.

Some of such women managed to steal the hearts of people globally and became extremely popular not only in Russia but in each and every country of the planet thanks to their beauty or achievements. We from Best-Matchmaking decided to create the list of 5 most beautiful and incredible Russian women who managed to conquer the world and make their motherland be proud of them.

Intrigued? Then keep reading and find out everything about the most beautiful Russian women who entered world history forever. 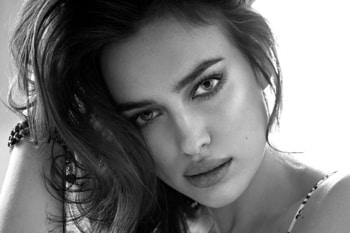 This charming young lady tops all the lists of the world’s most beautiful people. Irina Shaykhlislamova is a Russian actress and supermodel. In 2007, she became the exclusive contracted face of Intimissimi lingerie.

At that time, she received international recognition. Also, she became the first Russian model to grace the cover of the Sports Illustrated Swimsuit Issues. Irina is ranked as an “Industry Icon” by Models.com.

Irina Shayk was born in Yemanzhelinks, Soviet Union. Her father was a Volga Tatar coal miner and her mother was a Russian kindergarten music teacher. Literally, their surname means “Islamic scholar”.

People often mistake Irina for being South American, because she inherited her looks from her father who was dark-skinned and reminded a Brazilian. However, her light eyes are inherited from her mother. Irina has one sibling Tatiana.

At the age of six, Irina started playing the piano, and she studied at music school for seven years. She was playing the piano and singing in the choir. Her mother wanted her to study music. When Irina was 14, her father died of pneumonia complications. So her mother had to work two jobs and provide for their family on her own.

Shayk studied marketing after high school; however, a bit later she entered a beauty school with her sister. Right there, a person from a local modeling agency noticed her. In 2004, she participated in the “Miss Chelyabinsk” beauty contest and became a winner.

Irina Shayk was the image of Intimissimi for three years. She was even the official ambassador for the brand in 2010. She also had contracts with Beach Bunny Swimwear in 2009, Guess spring/summer in 2009, Victoria’s Secret catalog, Lacoste, Morellato, and Cesare Paciotti. She appeared on the covers of Bolero, Twelv, Annabelle, Woman, Paris Capital, and Jalouse. In May 2009, Irina signed with modeling agency IMG.

This stunningly beautiful lady appeared on many covers of the world-known magazines, starred in  Kanye West's "Power", directed by artist Marco Brambilla. Shayk made her acting debut as Megara alongside Dwayne Johnson in the 2014 film Hercules.

Check a FREE gallery of the most beautiful Russian Brides! 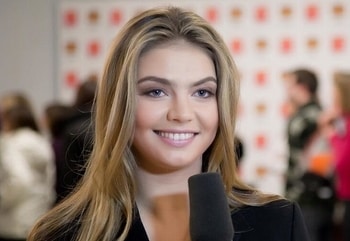 Kabaeva was a State Duma Deputy from the United Russia Party in 2007-2014. She became the chairwoman of the board of directors of the National Media Group in 2014.

The father of Alina is Tatar and her mother is Russian, Kabaeva was born in Tashkent, Uzbek SSR, in the Soviet Union in 1983. Her father was a professional soccer player, so the family was constantly changing the places of living, from Uzbekistan to Kazakhstan and then to Russia.

In 2001, Kabaeva was the Gold winner for the Ball, Clubs, Hoop, Rope, the Team competitions, and the Individual All-Around at the World Rhythmic Gymnastics Championships. The same year, she won the Gold Medal and the Silver Medal at the Goodwill Games in Brisbane. After that, Alina Kabaeva had many wins and in October 2004, she announced to be retired from the sport. However, she returned to the sport in 2006. In 2007, Kabaeva completed her career.

Kabaeva made a real revolution in rhythmic gymnastics; she performed new elements and skills. Being the first lady in Russia currently, she became one of the most powerful women in the world. 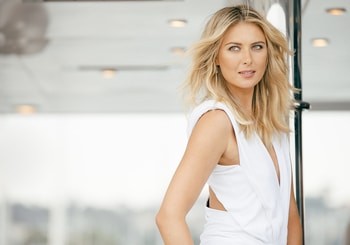 We bet almost every person on the globe knows this Russian beauty. Maria Sharapova was really well-known for her unique tennis skills; she is a very good combination of beauty and talent. Her professional breakthrough started at seventeen. After that, she became even more successful.

So, Maria Sharapova is a Russian professional tennis player born in 1987. Since 1994, Maria is a United States resident. Since 2001, Sharapova has competed in WTA. She was ranked world #1 in singles by the WTA on five separate occasions, for total of the 21 weeks. She is one of ten women (and the only Russian) to hold the career Grand Slam. In 2012 Summer Olympics in London, Sharapova won Silver Medal on women’s singles.

Moreover, Sharapova is not only a tennis player but also a model. One of her assignments is a feature in the Sports Illustrated Swimsuit Issue. She appeared in many ads, for example, for Nike, Canon, and Prince. Sharapova is also the face of some fashion houses, such as Cole Haan.

Maria Sharapova is a real example of the combination of Russian beauty and steel will. 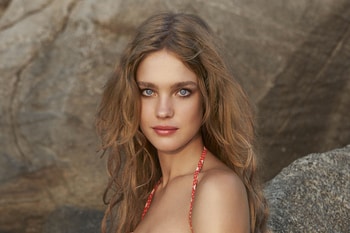 A well-known Russian model, actress, and philanthropist all over the globe who worked with very reputable brands, such as Louis Vuitton, L’Oreal, Versace, Calvin Klein, and Marc Jacobs.

Natalia was born in 1982 in a very poor family in Russia. Her nickname is Supernova. Natalia’s family wasn’t rich; she lived in a very poor district of Gorky (now Nizhny Novgorod) city with her mother and two half-sisters, one of which has autism and cerebral palsy.

Vodianova helped her mother when she was a teenager; she sold fruits on the street. Her father left them when she was a toddler and she didn’t communicate with him at all.

When Natalia was 15, she enrolled in a modeling agency. At 17, she already moved to Paris and signed her contract with Viva Models. She was a very successful model. She has walked in over 200 runway shows for European and American based designers, she completed advertising campaigns for Givenchy, Prada, Guerlain, Chanel, Nina Ricci, Yves Saint Laurent, H&M, Hugo Boss, and many other brands.

In September 2004, Vodianova was photographed by Steven Meisel and appeared on the cover of American Vogue as one of the "Models of the Moment". In total, she appeared in 70 international Vogue covers.

Natalia Vodianova is also a public speaker and entrepreneur. She had seven-figure contract with Calvin Klein. In 2012, she became the third on the Forbes list of top-earning models and estimated to have earned $8.6 million per year. Models.com ranked Natalia as one of the New Supers in the fashion industry.

Vodianova is also the founder of the Naked Heart Foundation. It is a philanthropic organization that helps children with special needs and their families. She holds the title “Inspiration of the Year” by Harper’s Bazaar (2010).

Look at Natalia’s pictures and imagine that she is the mother of 5! A great example of how Russian women can successfully combine their personal life, family with a perfect career! 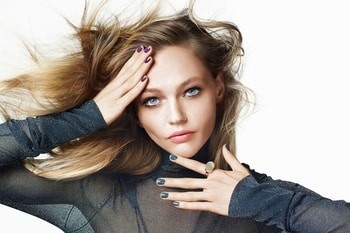 Sasha Pivovarova is well-known for her participation in the Prada campaign for six seasons in a row (the only model that appeared in Prada campaigns for so long). She has striking features. Sasha is one of the most demanded models in the world. This Russian lady is not only beautiful but also smart and educated, she adores reading and art.

Pivovarova has worked with leading brands, such as Chanel, Elie Saab, Christian Dior, Valentino, and others.

Sasha also tried herself as an actress and made her debut with “In Time” starring opposite Amanda Seyfried and Justin Timberlake.

Pivovarova appeared on covers of multiple magazines. The model and actress was born in Moscow but now lives in New York. Her home doubles as an art studio. She paints and draws in her free time. Her paintings have been shown in a gallery in Mansion Grand in New York, in Paris, and have been published on French Vogue.

Check a FREE gallery of the most beautiful Russian Brides!

If you want to become one of those lucky Western men who date beautiful Ukrainian or Russian women, join our Slavic marriage and matchmaking agency! If you have any question about Best-Matchmaking services, please do not hesitate to get in touch with Kate, a professional matchmaker and dating blogger. She offers a free consultation for new customers. Best-Matchmaking also offers great and valuable matchmaking programs and membership plans at a reasonable prices.

Learn more about the Slavic matchmaking service by Best-Matchmaking.com.